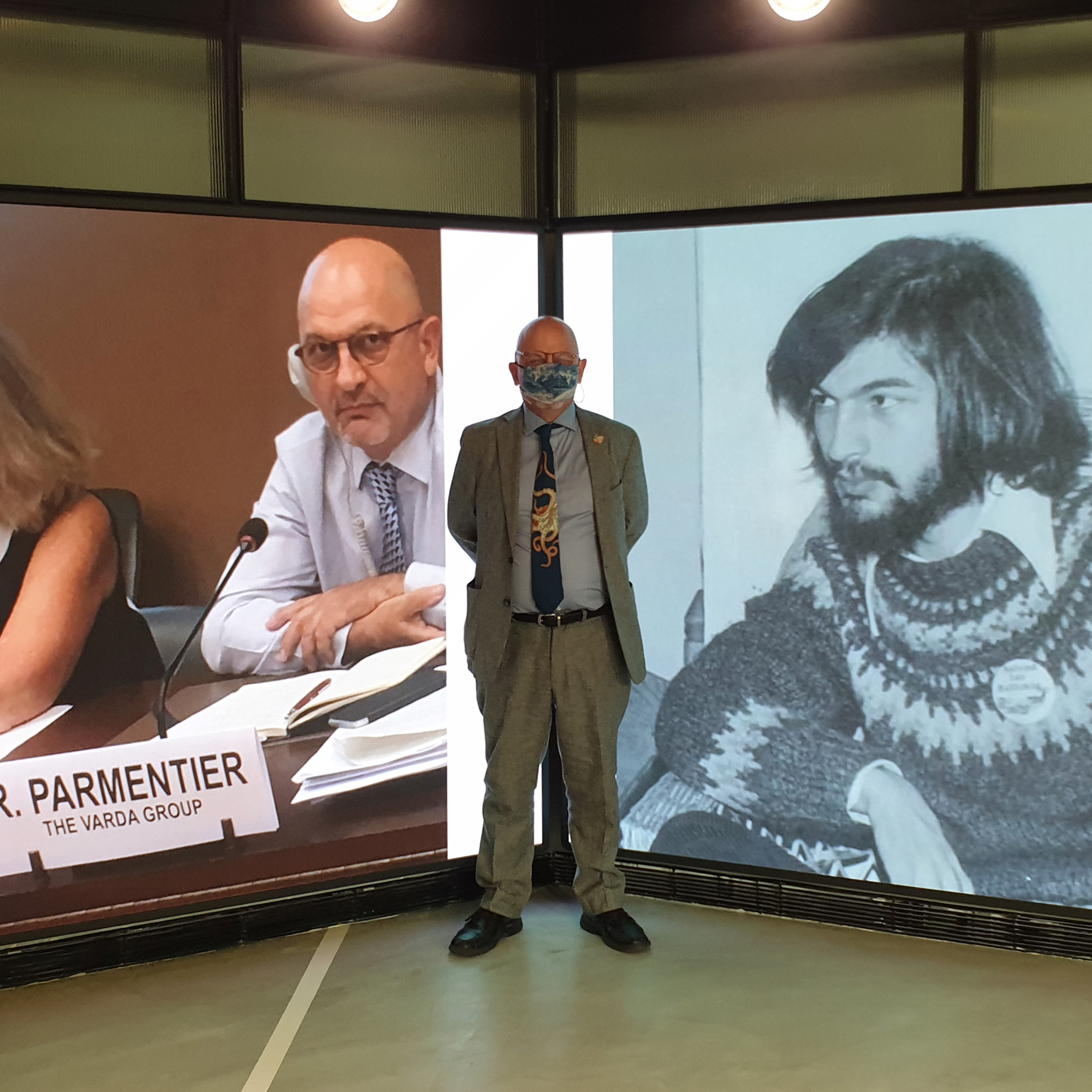 Rémi is a veteran of the international environmental movement which he joined at a young age in 1974 when he began working with Friends of the Earth in France. Since that time he has been both an actor and a witness of the evolution of environmental advocacy and policy.

Over his four decades as an environmental advocate, Rémi has worked with leaders, government ministers, scientists, activists, and policy experts, developing a deep knowledge in the areas of sustainable development, environmental policy, public health, marine policy, toxic pollution prevention, nuclear proliferation, among others. Rémi was the main architect of the worldwide prohibition on the dumping at sea of nuclear and industrial wastes, a landmark campaign he ran over fifteen years.

With the Varda Group, Rémi develops projects and campaigns on behalf of a variety of clients and partners, covering areas as diverse as ocean governance and marine policy, climate action, tobacco control, bees and pollinators conservation, whale conservation, anti-corruption, human dignity, etc. He has also served on the delegations of several governments and organizations at numerous international policy fora, within and outside the United Nations system. In 2005, he proposed to the United Nations Environment Programme (UNEP) and the International Trade Union Confederation (ITUC) to organize the first World Assembly on Labour and the Environment held in Nairobi in January 2006, and which gave rise to the creation of UNEP’s Green Jobs initiative.

Rémi was one of the initial thinkers who helped conceptualize and establish the Global Ocean Commission and, as its Deputy Executive Secretary has advised the Commissioners, coordinated the policy development and evolution of their roadmap to ocean recovery and helped to deliver on its outcomes.

At COP21 in Paris (2015) and following climate summits, together with Inés de Águeda Rémi coordinates the Because the Ocean initiative on ocean and climate change, with support from the Chilean Ministry of Foreign Affairs, the Prince Albert II of Monaco Foundation and other partners.

More recently, in 2017, Rémi initiated with the French ocean advocate Claire Nouvian and her NGO BLOOM, the Low Hanging Fish campaign to address the role and duty of the World Trade Organization in eliminating harmful fisheries subsidies as required under the UN Sustainable Development Goals. Since 2018 he continues to work on this issue on behalf of the Friends of Ocean Action.

Resident since several decades in Spain, as an independent expert Rémi was since its creation in September 2017 a member of the Advisory Council for the Ecological Transition of Pedro Sánchez, now the Prime Minister of Spain.

Always eager to share his knowledge and experience, Rémi is regularly invited to be speaker at conferences and other events.

“The Role and Impact of International NGOs in Global Ocean Governance”, in Ocean Yearbook, 2012

“SDG at Sea” in International Institute on Sustainable Development, 2015

“Sustainable and Healthy Ocean: Putting our Money where our Mouth is“, with Kelly Rigg, in International Institute for Sustainable Development (IISD), 2017

“WTO Fisheries Negotiations: Failure is not an Option“, in International Institute on Sustainable Development (IISD), 2019

Marine Exploitable Areas: Shifting the Burden of Proof for Ocean Protection, in Idees, 2021

From Glasgow to Geneva: Stop subsidizing the Beasts, in IISD SDG Knowledge Hub, 2021

The Lisbon Addendum, presented at the 2nd UN Ocean Conference, 2022

What's next after the WTO Fisheries Subsidies Agreement?, in "Impact", the magazine of the Prince Albert II of Monaco Foundation (also in French), 2022